This week Karen and I are launching our new inneragility web site. We've been working with our developer Niall for a few months and are really excited about this new venture.

Inneragility has been running since 2017. However we've only recently had the opportunity to develop a web site and move our plans forward. The web site will be our new platform to base these on.

When I starting blogging Blogger was one of the first platforms available for people wishing to blog without having to create a dedicated web site. I've found it an easy way to get started and would recommend it to anyone starting out. After publishing over 500 blogs here it's time for me to move on to our new site. I'll leave the blogs up for reference.

Thank you blogger and goodbye, my future blogs will be at inneragility.co.uk.
Posted by Mark Laker at 07:02 No comments:

This new competition has been designed to give agility handlers in the UK an opportunity to compete on FCI style courses, judged under FCI rules at KC Premier shows.

The primary reason for introducing the tour has been on the back of feedback I've received every year from team members following an international competition...

"We need more experience at running on FCI courses".

Six tours will be held at KC Premier shows across the UK in 2019. The competition will be open to G4 - 7 handlers and agility team GB squad members. Today's announcement includes an invitation to show secretaries to host one of the tours.


Last October I asked Neil Ellis to head up this project. Since then Neil has done a fantastic job developing the idea and delivering the proposal. Neil is the Agility Team GB Tour coordinator.
I would like to thank everyone who has worked hard on this project with Neil over the last four months including: Martin Cavil, Becky Sargent, Gina, the KC working groups and the activities committee members who have all helped to get the project this far.
More information will be released over the coming weeks including the 2019 Performance Weekend schedule which will include a tour class.
There are exciting times ahead.

Happy New Year - I hope you’ve had a good Christmas break; if you did manage to get a break, I know a lot of people had to work over the festive period.
I’m always amazed at how quickly Christmas goes after the big build-up. Suddenly it’s gone... a part from the mince pies, they’ll be around for a few more days months yet. 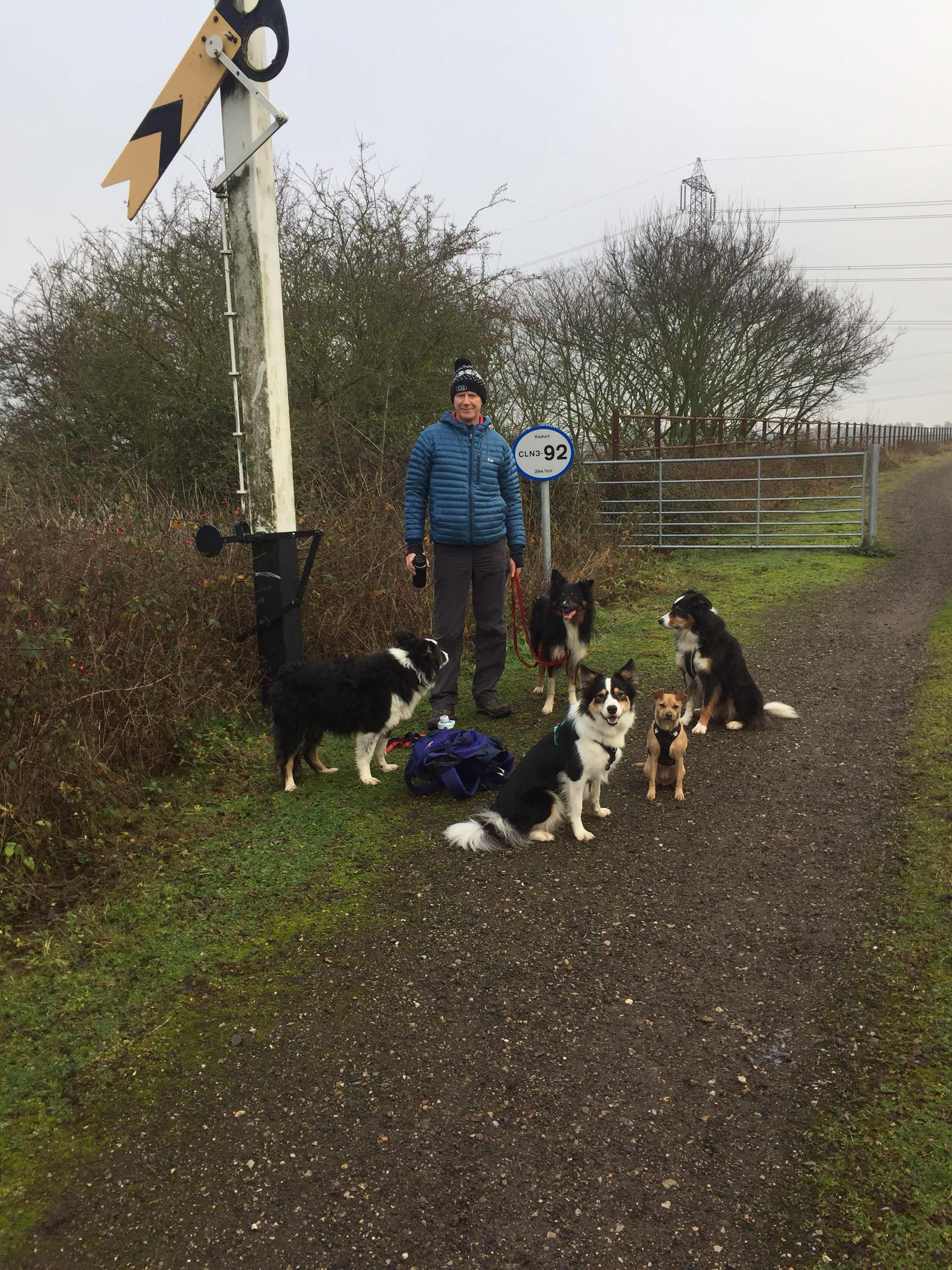 We had a lovely time and lots of dog walks. Each Xmas holiday I plan to catch-up with those things I’ve been wanting to do over the last few months - it never happens. Any free time is spent out with the dogs or catching up with friends and family - and that’s what holidays are meant for and so much more enjoyable. 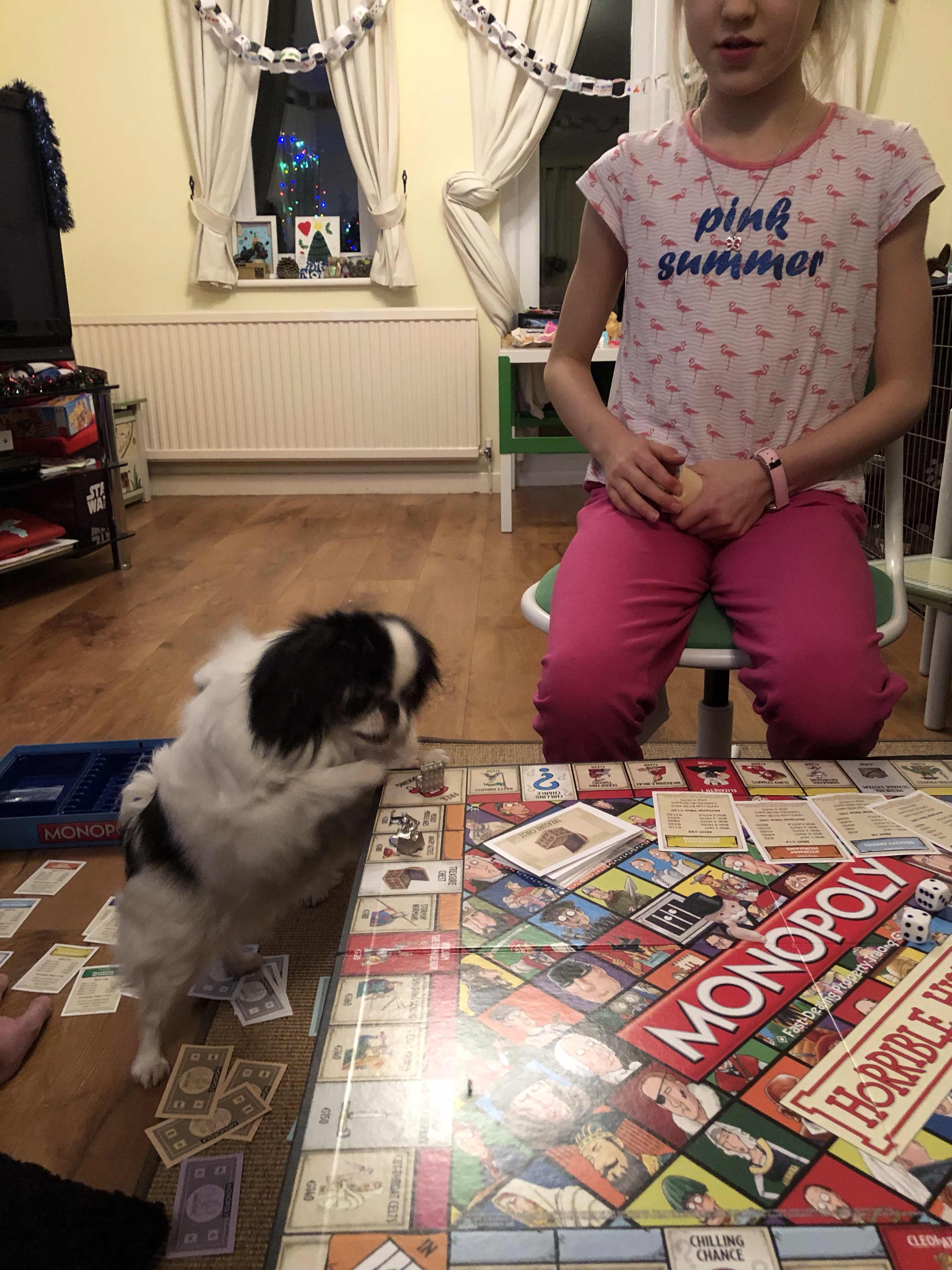 Have you finished your 2019 plans yet; what you want to achieve; what you want to start doing or maybe stop doing! I’ve nearly finished mine. I need to review and edit them again, but I’m a perfectionist. I’ll have them finished in a week or two.
I generally set three goals in each area of importance to me: career; personal life; sport; business etc. I’m taking a slightly different approach this year. I’ll still set goals for the ‘big ticket items’ I’m aiming for, but I’ll be using a different method to get there. I’ll let you know how I get on and if it works.
So just a short blog this week to wish you a healthy and successful 2019. 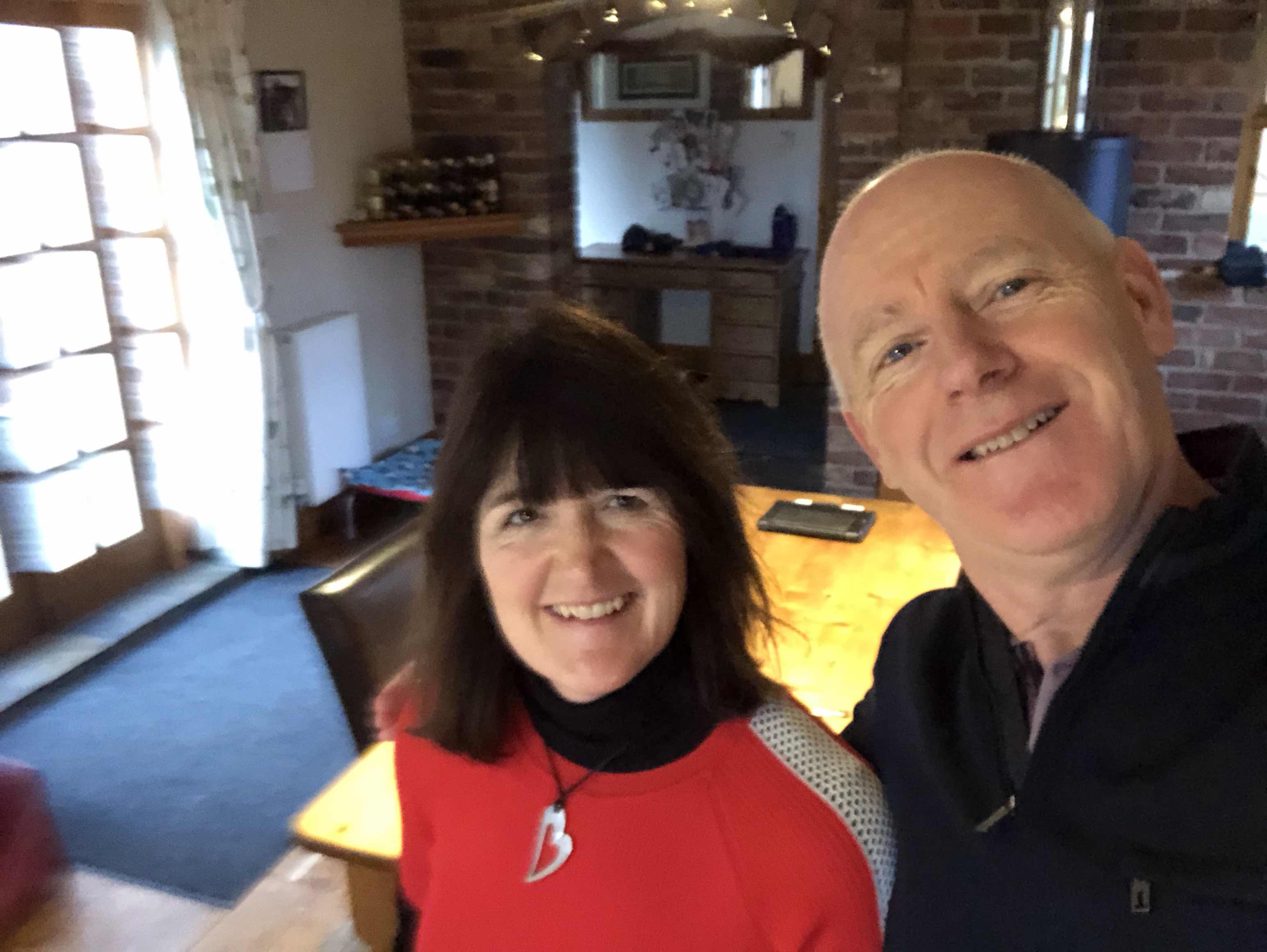 As I wind down for Xmas like lots of people I’m looking forward to spending time with family and friends over the festive holiday.

2018 has been a mixed year, with exciting highlights and sad times. Our lives move on and hopefully we become a bit wiser and more thoughtful.

One topic that I’ve felt quite moved by this year is the amount of homelessness I see as I travel about the county. In cities like Glasgow and Reading it’s shocking. I’ve noticed it more than ever this year.

With this upsetting situation in mind, Karen and I are donating to Crisis this Christmas, rather than spend money on cards. Hopefully it will give someone a more comfortable Xmas and possibly a new start.

I’d like to thank everyone involved with agility team GB this year, especially the two coaching teams including the support we receive from the Kennel Club. This team work hard all year to deliver professional support to the handlers and of course their dogs.

I wish all my family, friends and blog readers a great Xmas and a happy and relaxing New Year.

Commitment and dedication to win


Announcing the Agility Team GB squad is exciting news for some handlers and understandably disappointment for others.

Being called up for the national squad is a huge achievement. It takes a lot of commitment and dedication to win points at top level competitions in the UK and to maintain a high level of performance; plus the competition increases each year. 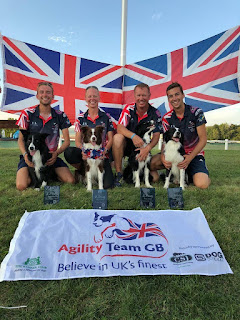 50 dogs and handlers have been invited onto this years squad. This is a large squad, although a similar number to the last few years. Approximately 10% will drop-out due to many reasons along the way which is natural and others on the Development Programme maybe there for the longer term.

The handlers on this years squad experience a combination of training, education and practice over the winter aimed at preparing them for the Performance Weekend in April (5 - 7).

Anyone who didn’t get called up this year but are interested in international competition, then my advice is to book into the PW; you never know, you maybe spotted for development for the 2020 squad. which will be a historic year in the agility diary as the UK host our first European Open. 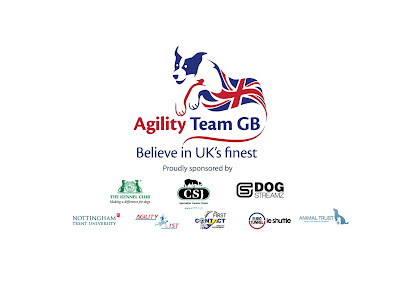 A blog on goal setting.

This weeks blog is a bit of a cheat. It’s a blog I recently wrote for Aginotes.com.

I like the idea and functionality of this App and was happy to support it with a blog on goal setting.

I hope you enjoy. 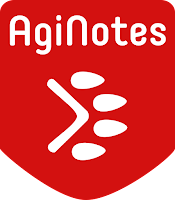 The planning day has become an important event in the Team GB calendar. We reflect on this years performance and discuss plans for the coming year...and beyond.

Looking back at our performance has become more interesting with the increasing array of data available. Behind the highlights the emerging picture and trends often tell a different story than the one we see in the headlines.

One consistent comment I heard this year was: 'This is a completely different sport to the one we play at home'. We all compete with dogs, we share the same scoring system, a part from that everything else is a variation on a theme.

Different equipment specs; different surfaces; different rules; different ring size; I could go on. How we better prepare ourselves for these differences in the future was one topic dominating the Planning Day conversations.

Improving our performance is at the heart of everything we do in the Coaching Team. We are constantly looking to shave fractions of a second off each run. We're looking for ways to increase our clear round rate and gain the competitive edge; It's an ongoing focused endeavour.

Having data to support this focus helps...albeit if it's shining a spot light on information that's hard to acknowledge.

With all the enthusiasm and change in our sport, one necessity remains today as it did when the sport started at Crufts in 1978. You still need to go clear to stand any chance of winning a trophy.

Hi, welcome to my blog

Hi, I live with my wife Karen, five border collies, a cheeky little Pug x Jack Russell and two Japanese Chins in Nottinghamshire. We compete and train at dog agility in the UK and occasionally travel to Europe to compete and deliver seminars.
I'm currently the Agility Team GB International Team Manager which is an incredibly fulfilling role that enables me to work with some of the top agility handlers in the UK.
My passion is coaching for high performance which I'm lucky enough to put into practice with Agility Team GB and my clients.
This blog is an opportunity to share events from everyday life plus some of the unusual and interesting activities I find myself involved with.
Mark